The Planet Kino cinema chain appeared in 2008. In Kiev, in the RC “Blockbuster”, we opened the first IMAX cinema in Ukraine.

In 2010, we immediately launched 2 cinemas with IMAX and CINETECH + halls: the 9-screen in Odessa in the Riviera shopping center and the 7-screen in Lviv in the King Cross Leopolis shopping center.

Two years later, we opened a 7-hall cinema in Kharkov with IMAX and CINETECH + cinema technologies. In 2013, the first 4DX cinema hall appeared in Ukraine.

In 2013, the city of Sumy joined us with the 5-hall Cinema Planet and CINETECH + technology.

In September 2015, we pleased Lviv with a second cinema in the city center in the Forum Lviv mall. Here we opened a 4DX room and 5 CINETECH + enhanced comfort rooms.

«Westwood: punk, icon, activist» - from December 6 at the cinema

Next to Planeta Kino 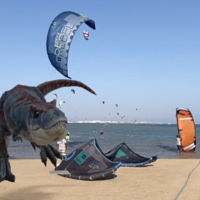 Become a partner
Join Us on Our Social Networks
UaRuEn