Ukraine has been at war for 32 days, and Kyiv comes under fire every day. In the War in Kyiv project, Kyivmaps team uses 3D photos and drone videos to document all the destruction inflicted by Russcists on the capital to show the world the scales of the catastrophe and genocide against the Ukrainian nation.

The project was agreed with Kyiv City State Administration and the State Emergency Service of Ukraine. Yuriy Zozulia, co-founder of Kyivmaps and initiator of the War in Kyiv project, and Mykola Omelchenko, photojournalist with decades of experience and Google’s first certified photographer in Ukraine, provide content for the project.

Yuriy Zozulia, “We document the damage to civilian buildings in Kyiv. For security reasons, we take photos and videos 2 days after attacks, when all the necessary works are already completed in the affected area.”

Kyivmaps team receives a prior special permit for each filming. They use DJI pro equipment. It includes 4K camera drones for taking unique 360-degree panoramas with the maximum effect of presence that make you feel the extent of the large-scale and devastating destruction inflicted by Russcists.

Mykola Omelchenko, “Now I use the experience and technologies I used to promote Ukraine’s tourist attractions to tell the world about the horror that Russian scums have brought here.”

Kyivmaps’s special project, the War in Kyiv, has prompted a worldwide response. The terrible footage of the destruction of Kyiv was shown by many world media, including German Blick, Romanian Libertatea and Stiripesurse.directorylib. Japan’s NTV Sukkiri filmed a special story about the war in Ukraine and interviewed Yuriy Zozulia. In its Infotainment Show, the TV crew uses video and 3D footage made for the project.

Notwithstanding the constant danger, Kyivmaps team has already filmed more than 10 buildings for the War in Kyiv project. Panoramic photos of all the destruction in the capital are available on the project’s website and Facebook page.

Kyivmaps is a project of the Freegen Group. It is a city guide to events and activities in Kyiv. The Freegen Group develops projects for the digitization of Ukrainian communities. 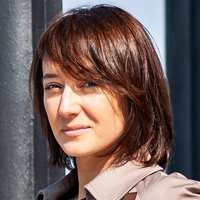