What you should definitely try to eat in Kyiv: cult metropolitan dishes

The spirit of Kyiv is not only in its parks, temples and monuments. It is preserved in the original metropolitan cuisine. We tell you what you should definitely try in Kyiv: in this list, dishes to your taste will be found by both lovers of sweets and meat or fish.

What to eat in Kyiv: Kyiv pike perch

Of course, among the culinary masterpieces of the city on the Dnieper there should be river fish. Indeed, since ancient times, the Dnieper fed the city of Kiya. Of course, now the situation has changed, but the cult dish, the recipe of which has been known since 1965, remained in the restaurant menu. Its name is «Kyiv pike perch».

What is so special about this dish? It is a successful combination of fish and dairy products, in particular cream or sour cream. After all, here the pike perch is fried until golden brown, and then baked in sour cream sauce. Modern restaurants prepare special creamy sauce with cocktail shrimps.

The first mention of Kyiv dry jam dates back to the 14th century. Even then, sweets from Kyiv were sent to the wedding events of the Lithuanian prince Yagaylo. However, the great popularity in the form of slices of fruit in sugar it got in the 18th century. Needless to say, Empress Elizabeth ordered candied plums, apricots and peaches in the capital, and tried to find out their recipe. There were only a few confectioners who made jam then. It is said that the most delicious candied fruits were made by craftsmen from Podil.

Semyon Balabukha and his children began to produce candied fruit on an industrial scale. However, later the recipe of dry jam was lost. They could recreate it only in 2014.

It was a cult delicacy in the 18-19 centuries, then they forgot about it for some time, and now they revived it several years ago. It's about candied fruits and vegetables: very cool little things for a snack or for a souvenir from Kyiv. And they are much more useful than Kyiv cake, says food blogger Masha Serdyuk.

What to eat in Kyiv: Kyiv Perepichka

It is a legendary Kyiv analogue of a hot dog, according to which queues have been lined up for decades. Perepichka appeared in the capital in 1981 and immediately became a favorite delicacy of local people. What is the secret of its success? Perhaps that unchanged recipe over the years is an answer of the employees of the owners. Although it seems surprisingly simple: this is a regular sausage in yeast dough, deep-fried.

Where to try: Kyiv Perepichka (3A Bogdan Khmelnitsky Street).

What to eat in Kyiv: Kyiv cake

According to the legend, the appearance of the famous Kyiv cake is connected with a confectioner's mistake. It is believed that they forgot to put egg white for biscuit in the refrigerator and tried to hide the mistake by covering the dried protein cakes with cream and decorating it with a floral ornament.

However, employees of the former Karl Marx factory (and today's Roshen) note that this is just a common legend, and the cake recipe had been developed for many years. What is known for sure is that for the first time the legendary cake was made in 1956, and patented in 1973.

Since then, confectioners have experimented with the nut-protein part of the cake, adding various nuts — from cashews to peanuts. In the end, the hazelnut version has become a classic one.

What to eat in Kyiv: chicken Kyiv

According to official sources, the first Kyiv cutlet was made in 1947. Since then, it has entered the menu at the restaurants of Intourist hotels and spread all over the world. It is the dish that most foreigners associate Kyiv with.

Cooking a Chicken Kyiv is a really difficult task. Crispy breading, juicy meat and a thin middle are the three things that should be in this culinary legend.

What to eat in Kyiv: «Kyiv vecherniy» candies

Another delicacies, which began to produce a former factory named after Karl Marx, which is now called "Roshen". Sweets with hazelnuts, analogues of which you will not find either in Ukraine or abroad, could have been tasted since 1984.

Interestingly, the recipe of delicacy is unchanged all these years. But the design of the box has changed a bit: if earlier it was possible to see Kreschatik there, now there are different metropolitan sights. 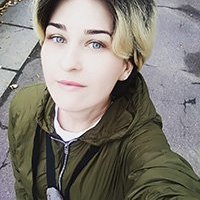 No review
Join Us on Our Social Networks