We want to show the world the scale of the catastrophe and the genocide of the Ukrainian nation. To record what these scoundrels did to our country and were brought to justice. We record with the help of modern technologies the destruction caused by the aggressor


We want to show the world the scale of the catastrophe and the genocide of the Ukrainian nation. To record what these scoundrels did to our country and were brought to justice. We record with the help of modern technologies the destruction caused by the aggressor.

With the help of 360 panoramic pictures you can feel yourself ion the spot of destruction, especially with the help of virtual reality glasses - the impression of a very deep immersion in the place of the Ukrainian tragedy.

In addition, with the help of 360 circular panoramas you can feel yourself in a city of destruction, especially realistic impressions and very deep immersion in the ruins are carried out with the help of virtual reality glasses. View 3D panoramas here.

The Close up War project is being handled by a team of professionals from the Freegen Group. Before the war, we were successfully digitizing tourism, culture and sports and created several popular projects mixsport, kyivmaps, FreeGen quest routes. The experience and technology we used to promote tourist attractions and sports in Ukraine, we now use to tell the world about the horror that the Russian non-humans have done.

We have connections with international news agencies. We send as much publicity as possible. We have a project website and we also do newsletters.

The horrific footage of the destruction of Kyiv has already been spread by many world publications. Among them are German Blick, Romanian Libertatea and Stiripesurse.directorylib. Japanese television NTV Sukkiri filmed a special story about the war in Ukraine and interviewed Yuri Zozula. In their Infotainment Show, they use videos and 360 panoramas made for the project.

Foreigners after viewing the panoramic pictures of the destruction say that it is horrible and show the support. For the whole world, 360 photos of panoramas give the opportunity to feel at the scene. You can get closer to see the details, look around to see exactly where the invaders aimed. Imagine yourself in this city during the missiles hit, at your house at your apartment and understand what happened to the inhabitants of this destruction. Feel their emotions, fear and horror of death. Therefore, such content most vividly shows and conveys all the details and feelings.

From all that we have seen, the russians are deliberately destroying mostly residential areas of civilians. In order to create as much harm and intimidation.

We cooperate with the Ministry of Emergencies, the Ministry of Internal Affairs and constantly pass information to the relevant authorities. Both photo panoramas and videos from drones are very helpful in capturing and researching the real state of destruction.

Especially with the help of drones, you can explore the rooms and corridors on the blocked upper floors and deep under the rubble. Identify human location during fires and rescues. And also to consider dangerous places of possible collapses of top floors and the places mined by the enemy.

A special part of our project is the creation of 3D models of monuments and buildings of historical heritage. Which will be included in the project "Touch Ukraine" which will be replicated in Ukraine and abroad to show in augmented reality AR our holy places and symbols of Ukraine. And to remind what was destroyed by russians.

More than 100 places of destruction in Kyiv and the region have already been recorded. It is impossible to describe what horrible feelings from Bucha .. there are still people under the blocackge and in mass graves. And also in Makariv, Irpin, Varcel and other small towns.

Impressed by the terrible ruins of a small residential area in Gastomel, where the impact of missiles russian planes in the early days of the war all apartment complexed collapsed and buried everyone who was in their apartments. Throughout the occupation, no one dismantled these blockages. Only now, a month and a half later, work has begun, very scary anticipation of the findings. Also impressed  by torn to pieces  Mriya in Gostomel… the plane, which is recognized as one of the best in the world, the pride of Ukraine - was destroyed by the russians.

They did not enter the houses, the shooting was carried out with the help of a drone. We have escorts on all the shootings - they are police officers, the Ministry of Emergencies helps and we help them, with relatives to consider the places of possible crashes. One day they even launched a drone through a large hole in the rubble of the basement where they flew through the corridors and found the bodies of people. And rescuers on the surface were informed about it. So we resurrected our Mriya ( dream) in the virtual world.

Exploring the ruins of Kyiv region, we received many requests to capture and expose the situation with the ruins of Sumy, Chernihiv, Kharkiv and other cities. The horror of the russians there ... it is necessary to show the world, but there are so much more work. Unfortunately, our team lacks equipment, professional drone pilots and Google photographers. We offer everyone who has the skills and resources to join our project. Especially those who are close to the cities of Chernihiv, Sumy, Kharkiv and cities of hostilities.

The world was very impressed by what had happened in Bucha, but we did not expect that Borodyanka would be even worse. See more at our panoramic pictures and in future issues of the Close up War project.

This is how we are doing and preparing for the reconstruction of Ukraine. Our philosophy is to digitize tourism, culture and sports in order for the country to be developed and active! We will continue to work and record this crime against Ukraine and humanity for all future generations and make virtual tours of the ruins of war. To always be able to plunge into this tragedy.

We are currently collecting data on destroyed and damaged monuments for the discover.ua project and preparing materials about hero cities. After the victory, we will update the register of tourist attractions and guides in cooperation with the tourism departments of cities and regions, develop new tourist routes, and return to the active promotion of the best tourist destinations and tourism products.

Together to victory. Glory to Ukraine.
We invite you to cooperate in new digital marketing trends. Visit us: 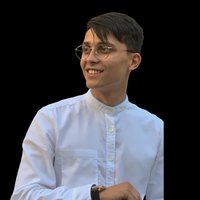